The service «Orthoepic Dictionary Generator» performs the task of converting the electronic spelling note of Belarusian words into phonetic transcription in accordance with the norms of modern Belarusian speech. The service receives the text in Belarusian, then presents the source data in transcribed form: at the output of the processing is Cyrillic transcription of the word that reflects its correct pronunciation.

Let’s us consider how the service “Orthoepic Dictionary Generator” works. 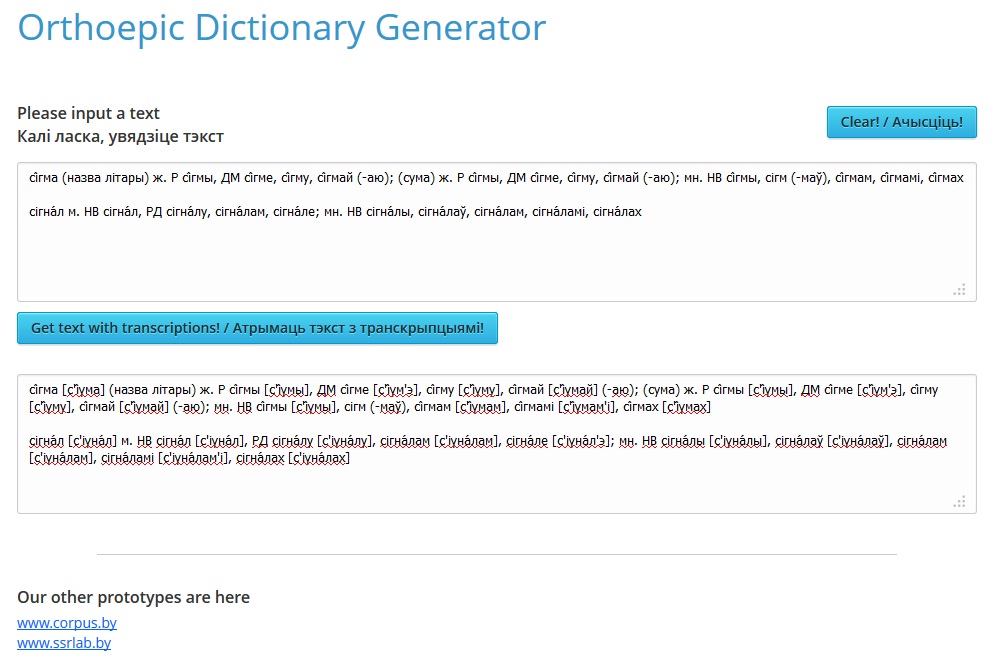 In order to obtain transcription one needs to put a word and a certain part of a spelling dictionary, taken as the basis for transcription creation, into a special field, and click “Get text with transcriptions!/Атрымаць тэкст з транскрыпцыямі!”. However, as you know, in a spelling dictionary in addition to a word in its initial form there are presented its certain grammatic forms, as well as grammatical and stylistic marks. That is why one can obtain the transcription for elements he/she does not need to. In order to avoid this problem, we suggest to mark stresses for the words that you need to be transcripted.

There is an auxiliary button “Clear!/Ачысціць!” on the service webpage to quickly delete the inputted text.

To be able to constantly improve the service’s operation, the developers provided the feedback allowing the experts to send a letter with the report about the problem in case of finding a mistake.

To show the real results of the service’s processing, let’s study a fragment of the electronic spelling dictionary that is taken as the basis for the orthoepic dictionary’s creation: 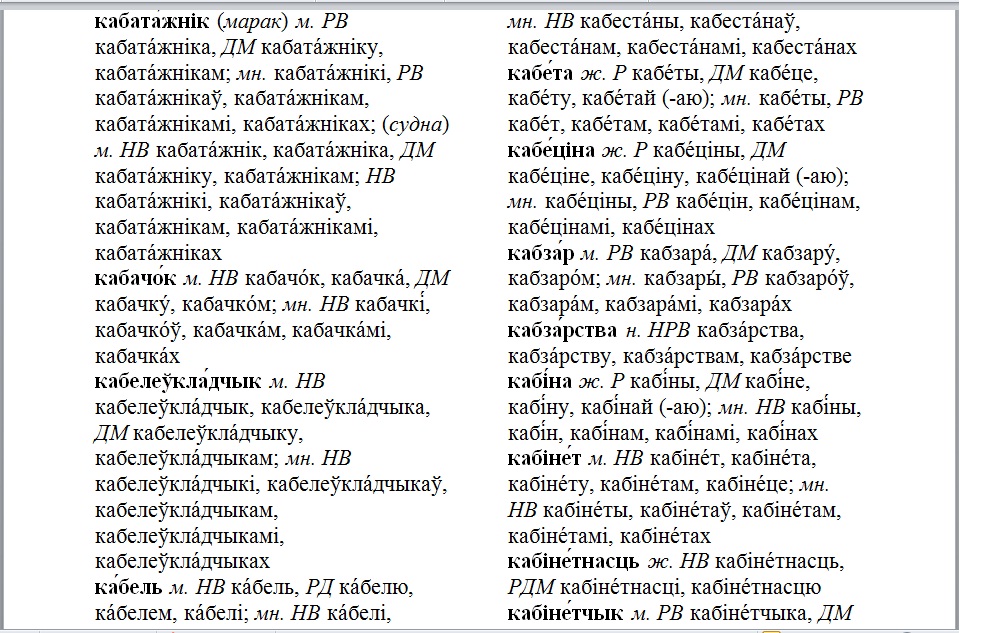 As you can see in the figure above, besides the initial forms of words, there are also given some grammatical marks, word meanings in brackets (as such characteristics as animateness are important when choosing word endings for diffrent cases). Moreover, in brackets, after a word form, there also may be indicated an alternate ending for it. As it was already noted, all this additional data should not be transcribed, and the service does not take it into account. For example, a fragment of the electronic spelling dictionary after processing with stresses being marked looks as follows: 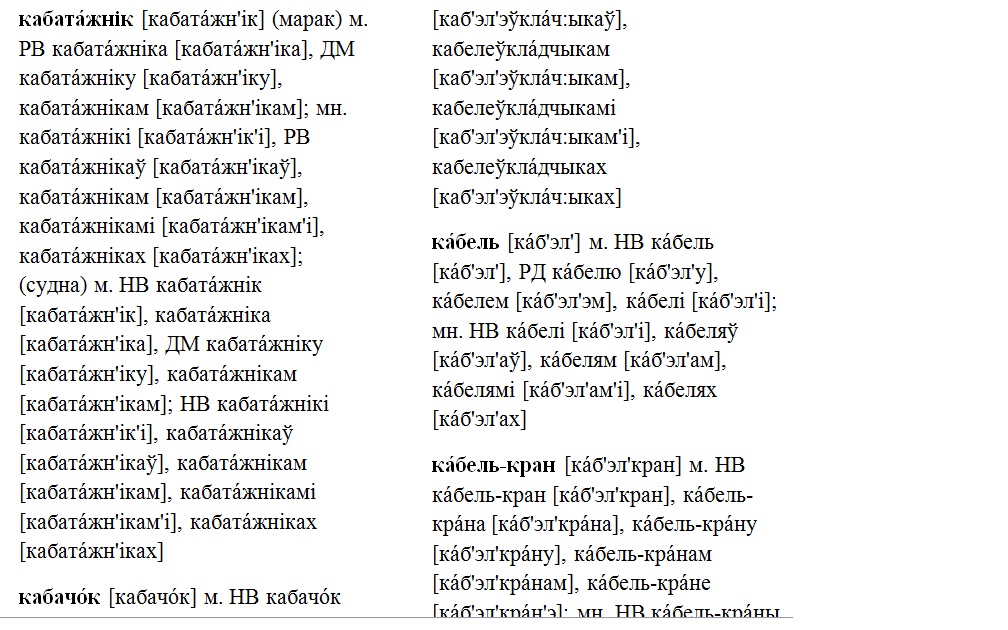 At the output the service generates Cyrillic transcription for each word and its forms to reflect their correct pronounciation. Thus,  the Orthoepic Dictionary Generator is designed to represent the source data in the transcribed view. That greatly facilitates the work of linguists on the Belarusian orthoepic dictionary creation and allows to use this service for solving other linguistic tasks. For example, it is possible to create a similar service for the Ukrainian language.

To access the service «Orthoepic Dictionary Generator» via the API, you should send an AJAX-request (type: POST) to the address https://corpus.by/OrthoepicDictionaryGenerator/api.php. With an input array data the following parameters are passed:

The server returns a JSON-array with the following parameters:

For example, the following reply will be formed on the above listed AJAX-request:

The webpage of the service – https://corpus.by/OrthoepicDictionaryGenerator/?lang=en