Druk VKL will show you the printing office of the Grand Duchy of Lithuania in Vilnius, Brest, Niasvizh, Losk, Tsiapina, Zabludau, Liubcha. Druk VKL will tell you which printing office was the first one on the territory of modern Belarus, and which one was the first that started using the Cyrillic alphabet. You will know where the first book on the territory of modern Belarus was printed and where there was Statute of the Grand Duchy of Lithuania was published. Also you will know which Belarusian political players donated yearly income for the Bible publishing and many other interesting facts about Belarusian history and publishing.

The mobile application is developed with Java programming language for Android operating system, versions 2.2 and higher.

The content of the mobile application is available in two languages: Belarusian and English.

All the places are marked on the interactive map. The content was voiced by the employees of Speech Synthesis and Speech Recognition Laboratory of UIIP NAS Belarus. Figure 1. Screen with places that are being described in mobile application «Druk VKL» Figure 2. Screen with the object that is being described in mobile application «Druk VKL»

The mobile application is available for free downloading and usage in Google Play Market (Figure 3). 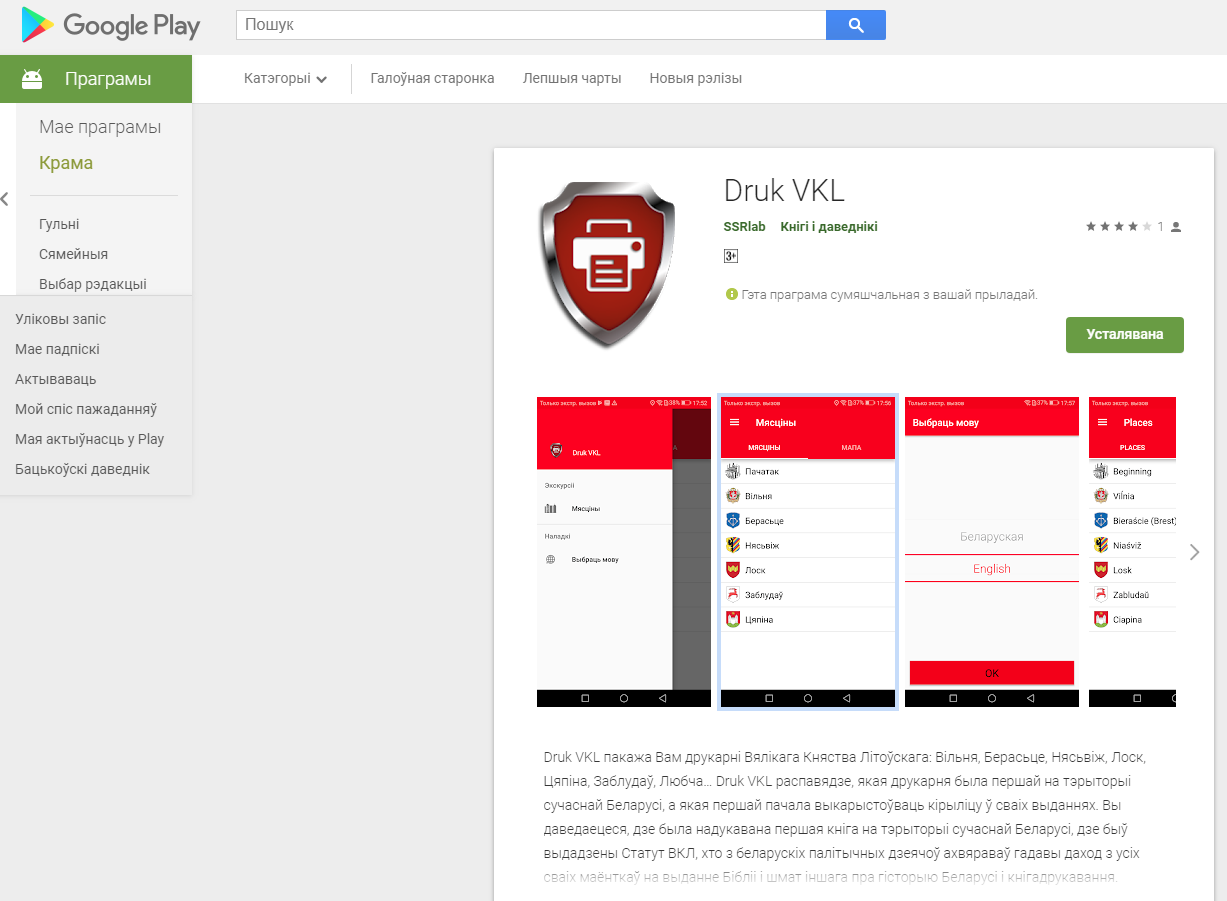