(Беларуская) Хатняя › СМІ пра нас › (English) In The Field: Boosting the vitality of the Belarusian language

Извините, этот техт доступен только в “Беларуская” и “Американский Английский”. For the sake of viewer convenience, the content is shown below in this site default language. You may click one of the links to switch the site language to another available language.

Извините, этот техт доступен только в “Американский Английский”. For the sake of viewer convenience, the content is shown below in the alternative language. You may click the link to switch the active language. 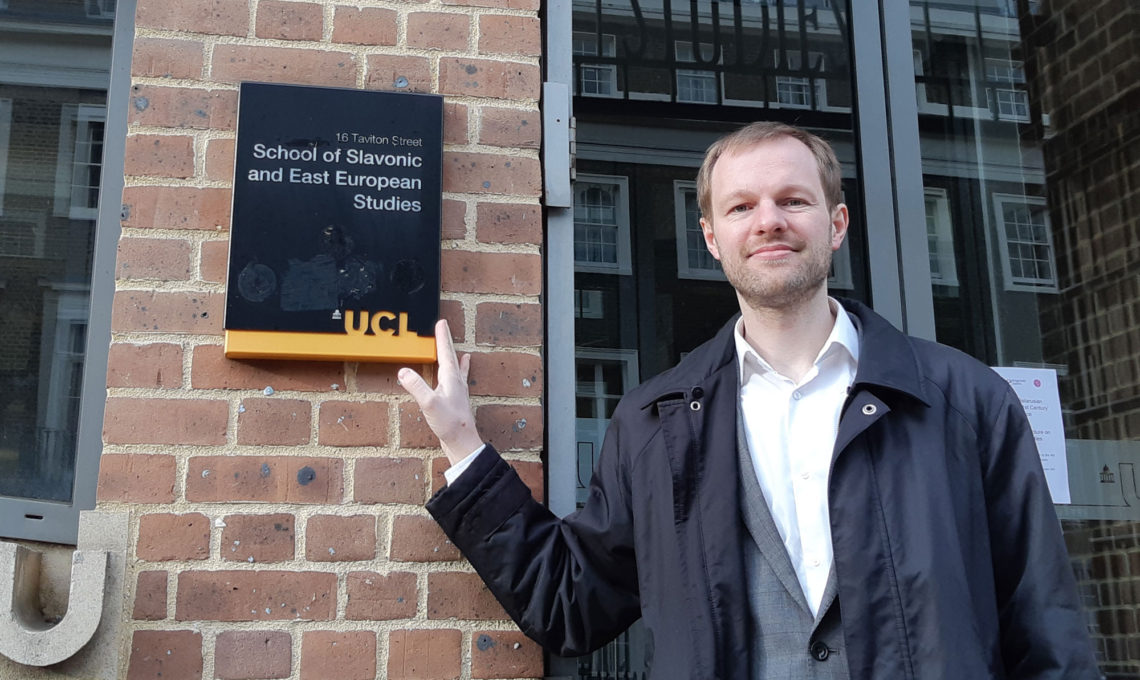 When you lose a language and a language goes extinct, it’s like dropping a bomb on the Louvre.” Michael Krauss

One of the most important factors is how the language is valued by the younger generation. Youngsters have been growing more interested in Belarusian, partly owing to the virtual world, where they can communicate and search for information using the language. The amount of online content in Belarusian is growing, on official portals, websites, social networks and blogs. But while this helps the language to develop — for example with the appearance of new words such as slang – speech norms are often breached or intentionally butchered on the Internet. Online translators also leave much to be desired. Many use a form of translation from Russian (the other state language) that creates phrases that seem authentically Belarusian but are not. There is a lot of history in such mistakes and the history of the Belarusian language has been complicated. If one wants to understand one’s own culture, one has to know his own language. Dictionaries and other tools that can be used by amateurs, professional and computational linguists exist in online platforms and websites, but many people are unaware of them.

Such problems can be gradually solved by drawing attention to the language, the tools that are already available, and the projects that are yet to be implemented. According to a 2019 decree, all national websites shall be available in both state languages, which requires official support, centralised and systematic activities.

The new decree made it possible for the Speech Synthesis and Recognition Laboratory to develop websites for healthcare organisations in Belarusian as well as Russian. They also develop electronic resources for computational linguistics, such as audio guides for museums and exhibitions and various mobile applications — first of all, in the Belarusian language, to popularise it among the citizens, but also in English, Russian, Chinese, Polish, so that visitors from other countries can enjoy it. The content is always carefully and meticulously fact-checked and proofread by historians, linguists and other professionals.

In 2016 Yuras Hetsevich and his team participated in the EaPConnect project’s Enlighten Your Research (EYR) programme in the Eastern Partnership (EaP) region. As a result, the necessary data storage resourсes in BASNET cloud infrastructure were allocated and a new mobile application ‘KrokApp’ was successfully developed. This uses speech systems as well as audio and visual imagery in different languages to inform visitors about the history of cities in different languages. This also led to the creation of other audio guides later.

With the support of EaPConnect, Yuras Hetsevich and a colleague participated in the 2019 CLARIN conference held in Germany. This is the pivotal and largest event for computational linguists in Europe. CLARIN (Common Language Resources and Technology Infrastructure) is a network of organisations that host digital language resources and services from all over Europe and beyond, which are accessible in one online environment to support scholars, researchers, students and scientists, especially in the humanities and social sciences. As a result of this participation, an application to create a CLARIN knowledge centre in Belarus was submitted.

The team also attended CLARIN events in Bulgaria, the Netherlands and the UK, gaining hands-on experience of computational linguistics, learning how to create a national CLARIN consortium, and presenting ‘Krokam’ audio guides that showed the Belarusian culture to advantage via electronic devices. As a result, the team now cooperates on the Distant Reading project by adding Belarusian resources to the European corpus and provides Belarusian resources to the CLARIN Virtual Language Observatory. The Knowledge Centre for Belarusian text and speech processing (K-BLP) has also been recognised as a CLARIN Knowledge Centre.

“Many of these fruitful steps became possible due to the support of BASNET and the EaPConnect project. By joining CLARIN, Belarus has boosted its visibility, which has already opened the doors to various international projects.” Yuras Hetsevich.